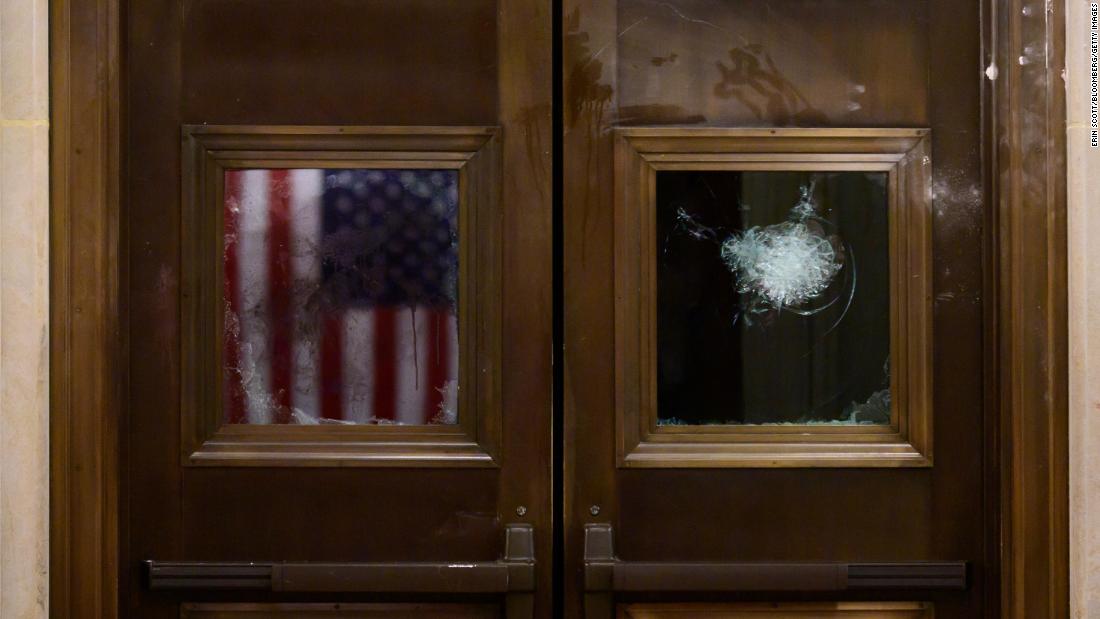 How many of us reacted with shock and revulsion at the photographs of thugs breaking windows at the Capitol building on Wednesday January 6? Reacted with disgust when we heard stories of the Americans urinating on the foundation of our democracy. We felt that one of our sacred spaces as Americans had been defiled. It brought to mind for many of us the images of the Temple in Jerusalem as described in the book of the Maccabees, a eyewitness account of pigs being let loose to defile the holy space; of the Talmud’s tales of the sullying of the Temple as it was used as a stable for animals. Or perhaps you heard the minor notes of the Book of Eichah (1:1)

“Alas! Lonely sits the city Once great with people! She that was great among nations Is become like a widow; The princess among states has become a thrall.”

It describes the utter destruction of the Temple commemorated on Tisha B’Av, that mournful day when we sit in the ashes of our sacred space and lament the destruction, the lawlessness, people devouring one another, animals foraging on the wreckage of the holy mount. On the 9th of Av our mourning is at its most intense when we fast, and chant, and sit on the ground, and abstain from wearing leather and from intimacy for 25 hours. It is called the Black Fast, in contrast to Yom Kippur, the White Fast which purifies us, sanctifies us.

But interestingly, this is not the only commemoration on our calendar of the destruction of the Temple. Judaism, in its wisdom, marks two other days, far from the 9th of Av, for their intimately close connection to the eventual downfall. The Tenth of Tevet, observed usually in late December or early January marks the beginning of the siege of Jerusalem by the Babylonians. The first in the chain of calamities that lead to the fall of the first Temple. In the middle of the summer, usually July, another public fast is observed on the 17th of Tammuz. This marks the day when the walls of Jerusalem were breached by the Romans during the second Temple period. It is not until three weeks later that we reach Tisha B’Av to commemorate the destruction.

In this, the Jewish calendar seems to be teaching us something that might help us frame our understanding of and thus necessary approach to the destruction at the Capitol this week. What it is teaching us is that destruction doesn’t happen in one day. It is not unexpected, it is not unanticipated. An attack on a sacred place or a sacred ritual is the result of a long process of chipping away and undermining the foundations of the place and the ritual. By establishing commemorative occasions weeks and months and years before the observance of the destruction of the Temple, our calendar cautions us to be vigilant for when the siege begins, when the enemy soldiers arrive and when the walls are breached.

Maimonides reinforces this in his presentation of the public fasts related to the destruction of the Temple as moments for personal and national reflection. “The fasting will serve as a reminder of our bad deeds and the deeds of our fathers which have caused us hard times. Remembering our misguided ways gives us the opportunity to be better people…”  (Maimonides, Mishneh Torah, Hilchot Taaniot, Chapter 5, 1) Just as we as Jews have been telling the story of our destroyed Temple and trying to make meaning from it for more than 2000 years, the United States of America is having a similar experience of reckoning and reflection.

Breaching the walls of the Capitol does not happen in a few hours on one afternoon. While we may not have been the ones climbing the walls of its chambers and breaking its windows, we nonetheless must use this occasion to reflect on the events that led to this eventuality and how we might identify the moments and the behaviors that played a role.

Make no mistake about it, the events at the Capitol building on Wednesday were an historic tragedy for the American people. However, as appalled as we might have been at the sight of animals, some of them Jews, foraging on ground that is sacred to us as Americans, it was merely the last or the latest is a series of events that have had our democracy under siege for years.

The Talmud (Bechorot 50b) teaches that from the very moment that the enemy soldiers who wanted to destroy the Temple entered its surroundings, all items belonging to the Temple immediately lost their sanctity.  The Rabbis innately felt that even if nothing else happened in the holy space, just breaching the walls was dire enough to defile everything inside.  A temple is not the same as the Capitol but the principle is similar. We have experienced here in America a profound loss of innocence. It may not be surprising, but it is a significant loss that has defiled something precious to us all.  (Rabbi Shlomo Zuckier)

The mythical denouement of the Hanukkah story features a cruse of sanctified oil that remained. A small amount of fuel from the before times that was enough to rekindle the light. We have that. In our country we have much more than one small jar of decency and truth and democracy. In time, God willing, we will have our own Hanukkat Ha Bayit, our own rededication of that space and instead of a cruse of oil let us pray that the darkness is driven out by the light of olive trees permanently affixed next to the lamps of justice providing a constant source of power and energy to bring liberty throughout the world.

Rabbi Wechsler has touched the lives of many members of our community through her intellect, warmth, compassion and commitment to the ideals of Conservative Judaism. As the first woman to serve as rabbi of Chizuk Amuno Congregation, her impact and accomplishments are demonstrated in our successful b’nei mitzvah, adult learning programs, gemilut hasadim efforts, and many learning and life cycle experiences. Her communal work includes service on the Executive Committee of the Baltimore Board of Rabbis, the Grant Review Committee for the Jacob and Hilda Blaustein Fund of The Associated, and the Teacher Certification group of the Center for Jewish Education. She has published sermons and opinion articles in The American Rabbi, The Orchard, and the New York Jewish Week. Debi received her rabbinic ordination, as well as an M.A., from the Jewish Theological Seminary of America in New York City where she also served on the Board of Overseers of the Rabbinical School.